9th ASEF Editors' Roundtable (ASEFERT9) Exploring the Battlefronts of 'Fake News': A Tripartite Approach to the Fight Against Misinformation

Misinformation is an age-old concept that has been around for as long as news itself. Having assumed various forms over the course of history - from propaganda campaigns to spin doctoring - it has once again been cast into the international spotlight, brandishing a new title: 'fake news'.

Held in conjunction with the 12th ASEM Summit (ASEM12), the 9th ASEF Editors' Roundtable (ASEFERT9) was the 2018 edition of a 2-day biennial forum aimed at promoting dialogue, strengthening ties and cross-continental cooperation between 20-30 news editors from ASEM partner countries across Asia and Europe.

In recognising the complexities of the issue and the necessity of a comprehensive multi-stakeholder approach, ASEFERT9 included representatives from news media, policy expertise, tech companies and civil society to create a robust discussion and provide for diversity of opinion.

The intended outcome of the 2-day forum is a detailed report on how fake news is being fought from a tri-sectorial approach in individual countries across Asia and Europe. Through the resulting discussions, a series of country reports as well as an agreement on key principles to further action will be compiled and published for online distribution and submitted to the ASEM governments. 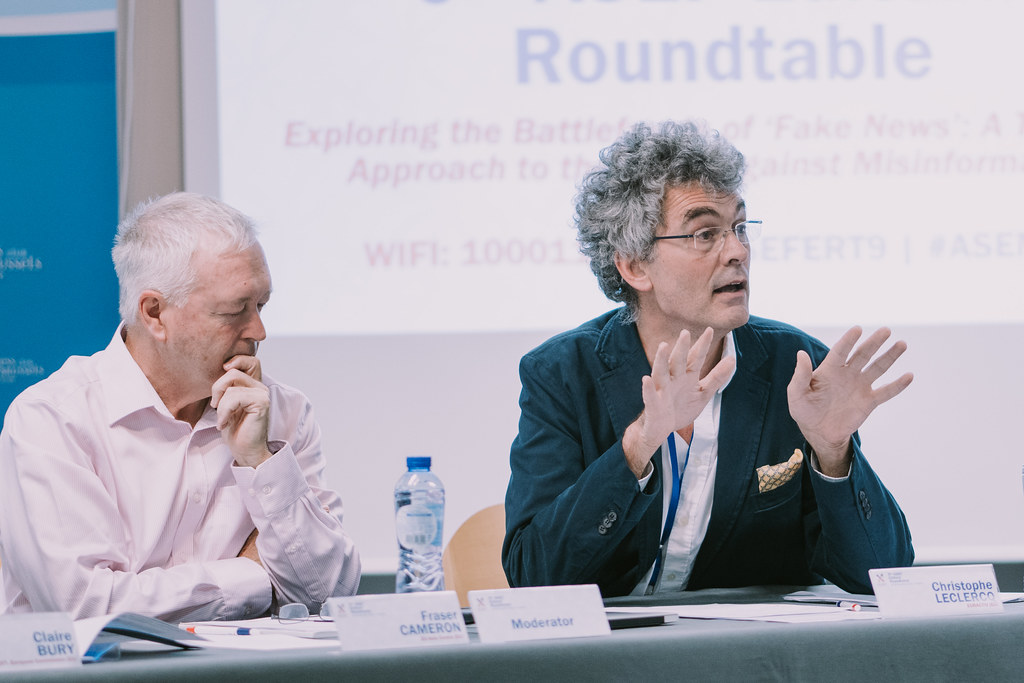