With growing recognition and consolidation of the linkage between the European & Asian economy, consortium partners from Asia & Europe agreed in 2006 to establish the Asia Europe Economic Forum. The Forum is ought to serve as a high level platform, giving Asian & European policy and economic experts an occasion for in-depth research-based exchanges on global issues of mutual interest.

It aimed to bring together high-level economists, representatives of ministries and corporate to exchange and elaborate on the theme “Prospects for the Asia-Europe Economic Cooperation in a New World Order”, which covered not only the Forum’s traditional interest in global macroeconomic developments and international trade, but addresses two new issues - the 4th industrial revolution/digitalisation as well as climate change and energy. Conclusions of AEEF14 were presented at the ASEM EMM7.

The interactions between both events not only enlarge the scope of the forum, but also allow the AEEF’s work and outcomes to feed into the discussions of the ASEM EMM7. The AEEF contributes to the ASEM Process by providing expert analysis and inputs for innovative and integrated policy recommendations. 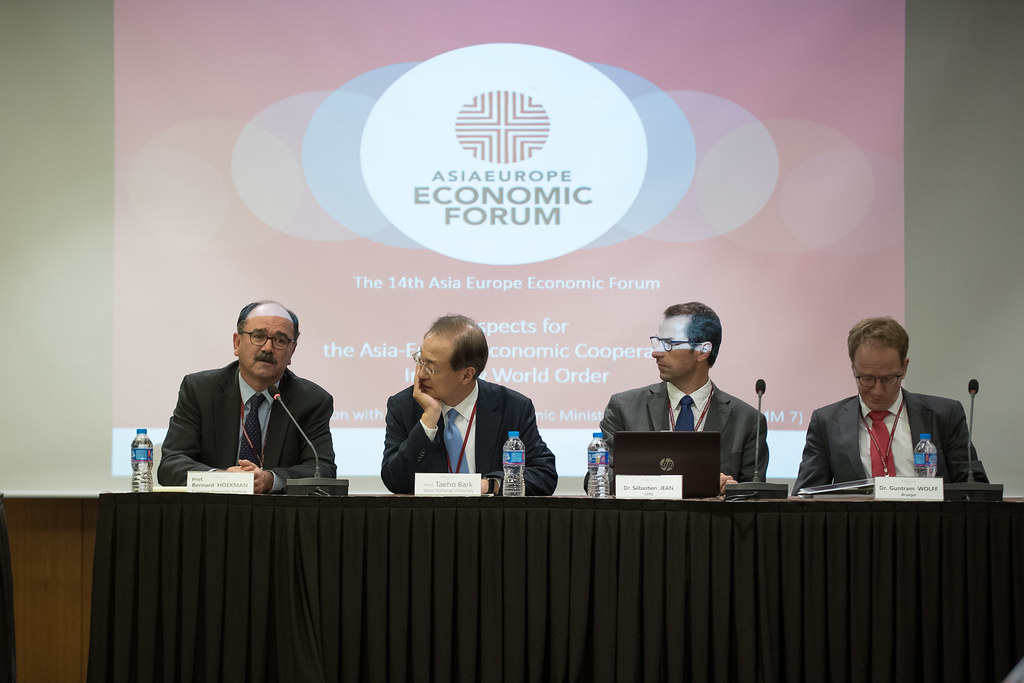